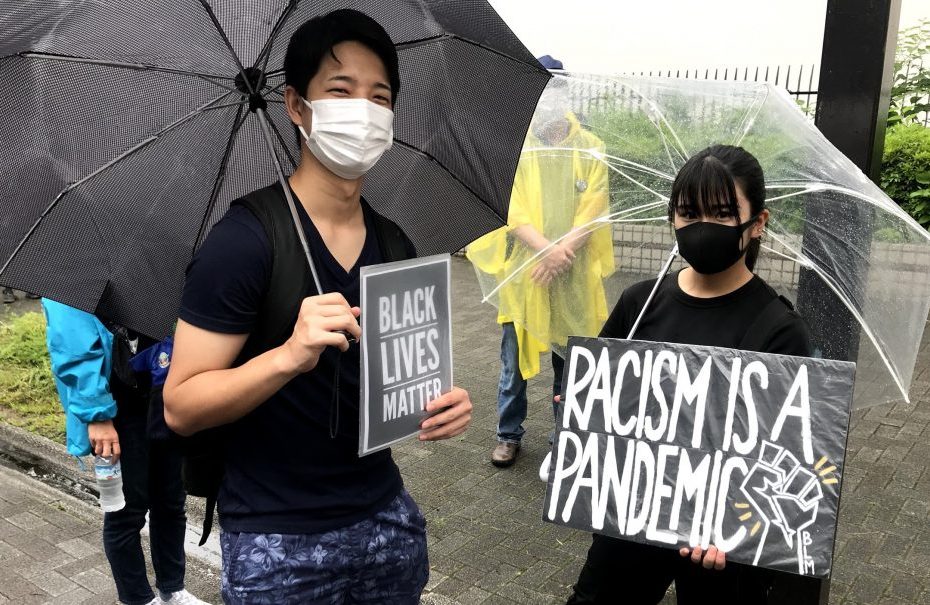 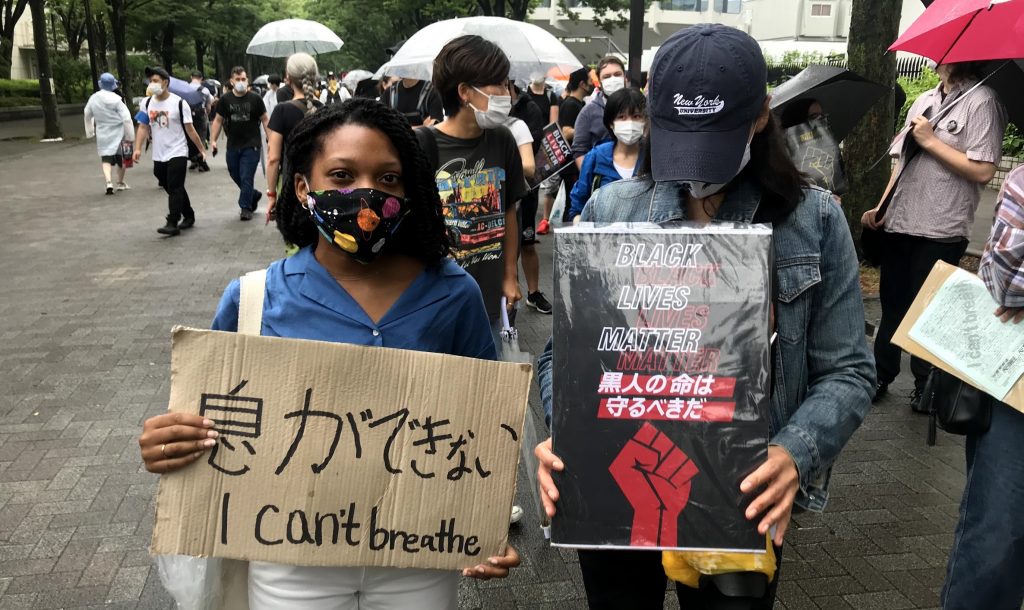 As a developed and metropolitan country, Japan has always been less included in topics related to racism globally. From time to time, dust concerning racism in Japan might rise, but it never really lasts for long. However, Japan is as guilty as every other country in the world when it comes to racism.

It is not discussed by international media or by many foreigners who visit Japan because the Japanese are very discreet when it comes to exercising their racism. Recently, with the death of George Floyd, many Black Americans have been very vocal about racism. However, racism from the Black African perspective in Japan is rarely addressed.

Racism in the workplace

To begin with, white-collar jobs in Japan are unevenly distributed when it comes to Black people. Take teaching jobs, for example. In Japan, the recruitment process is pyramidal, starting from white people from western nations, people of color (including Black people) from western nations, people from other English-speaking countries (not considered native English, e.g. India, Pakistan, Philippines, etc.), and then Black Africans. Many recruiters posting teaching job vacancies make it clear that you should be from specific white countries, which already limits a lot of Black professional teachers from Africa or the Caribbeans.

During the selection procedure, recruiters make sure they take white teachers first. When they are left with no choice, only then do they turn to Black applicants. Since such a system has been put in place by these Japanese institutions, it is very difficult for Blacks in general to get good teaching jobs or other well-paying jobs in Japan.

When I got tired of factory jobs, I tried to connect with a few Black African people in the teaching industry in Japan to help guide me through the process. The person I was linked to told me, “Do not expect a lot. Your CV might be impressive, but note that teaching positions in Japan are very competitive, and these guys will always prefer the white applicants over us. If they are not done recruiting the white guys, they won’t look at your direction.”

This was a very discouraging statement, but I still went through with the application procedure. For me, it was just a reminder of the system I found myself in. Japanese do not consider African English speakers to be native English speakers, because we do not have western accents, and they prefer those from other continents that possess this accent.

For most of these Black people to survive, they are forced into the blue-collar job market, which isn’t an easy one. We find them in factories, construction sites, and many other difficult jobs. In these positions, they are faced with a lot of hardship, ranging from the nature of the job to how they are treated by their Japanese bosses. In some cases, they are even yelled at and told to return to their countries. They don’t receive such discrimination just from their bosses, but equally from coworkers who have similar skin colors to the Japanese. 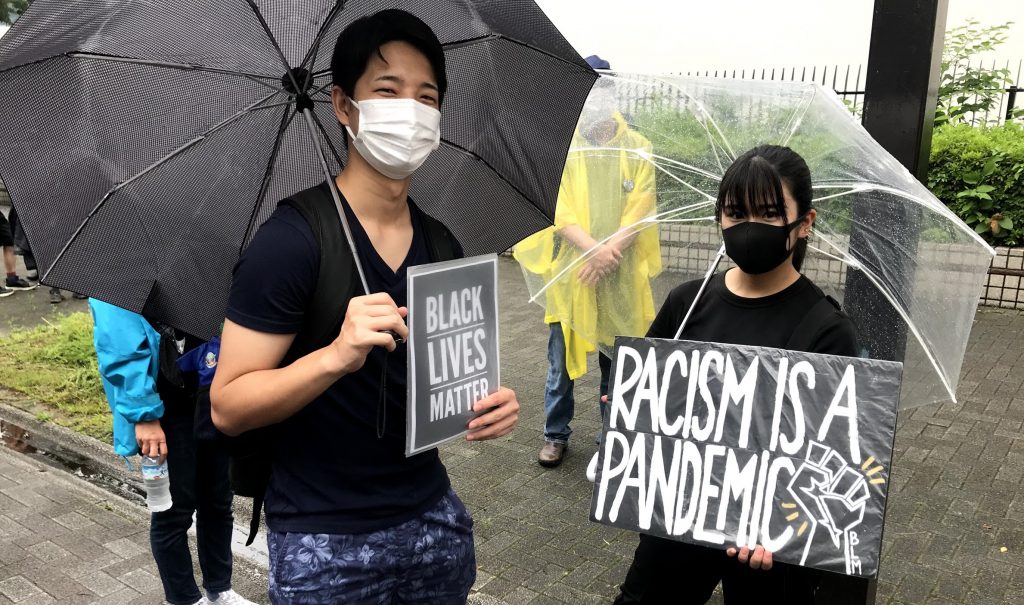 When I first came to Japan, I worked in a warehouse with both Chinese and Korean colleagues. I also had Black coworkers, but the Blacks were looked upon as lowlives, and always given the harder tasks. Some of our Chinese coworkers would look for the smallest mistake, create defamatory stories to tell the superiors about us, and even act as bosses over us. The fact that we could not express ourselves in Japanese made matters worse. However, I was able to withstand all of this pressure, and eventually, become “friends” with my Japanese, Chinese, and Korean colleagues.

One day, I received a call from Joe, a Korean colleague who had spent all of his life in Japan. Initially, he asked me out for lunch with him. As a “good friend,” I felt the importance of blending in with my newfound pals and enjoying a meal with them.

During our lunch, Joe received a call from Wang, a Chinese colleague, saying we should meet at Kasukabe to have more fun. We had to board a train to Kasukabe. Remember, I was very new to Japan, and I could barely say “my name is Yuki” in Japanese. Aware of this, Joe told me “taishu kusai” in Japanese and laughed, and I was eager to know what that meant. I asked him, and he told me it meant “You are a nice guy.” However, some Japanese junior high school girls that were also on the train started laughing out loud.

Joe also told me to say “watashi ha taishu kusai.” Whenever I said it, the girls laughed harder. I felt there was something wrong, but I said to myself, “Maybe it just means something funny.”

Joe turned to a Japanese man and spoke in Japanese, referring to me as “taishu kusai.” The look on the Japanese dude’s face was very uncomfortable, but I just kept playing the game and made sure I never forgot the word. The next day, when I met Suzuki—a Japanese colleague—and Wang, I asked them its meaning. Their answer was “‘taishu kusai’ means your body stinks,” which meant that “watashi ha taishu kusai” meant “I stink.” This person I genuinely loved and respected treated me like an animal to ridicule. This is just the tip of what unprivileged Black Africans go through at the hands of not only the Japanese, but other foreigners that have white skin living in Japan.

This article sharing my experiences and thoughts with both the Japanese and people all over the world is one medium I am using to help resolve the issue of racism not only in Japan but in every other country that has “under the carpet racism.” What are you doing to address the issue?